We use cookies to make your experience better. To comply with the new e-Privacy directive, we need to ask for your consent to set the cookies. Learn more.

Orders placed before 1pm on a weekday will be despatched the same day, Monday to Friday

Back Me Up!
Special Offers & Seasonal Deals

How is the Harvest Festival Celebrated in the UK?

How is the Harvest Festival Celebrated in the UK?

Every year in the UK, the Harvest Festival marks a traditional celebration of the land. Normally, it takes place on or around 23rd September - the Sunday of the Harvest Moon. This is the full moon that appears at the time of the autumn equinox. Although normally occurring in September, the Harvest Moon can appear as late as October.

Britain isn't the only country where people celebrate the harvest - it's a special autumnal event worldwide. 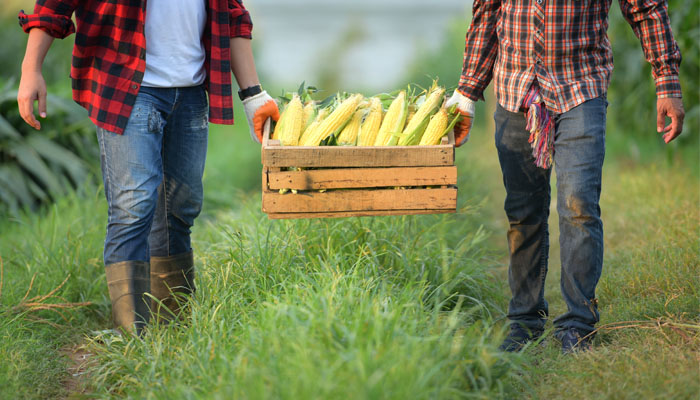 The festival gives thanks for the food grown on the land and this is why it's a key event in the countryside calendar. While the UK's harvest celebrations normally last one day, the United States and Canada hold week-long events and have declared it a national holiday.

What is the origin of the Harvest Festival?

The word "harvest" was derived from the Old English word "hærfest", which meant "autumn", the season when the food was gathered off the land.

In ancient times, farmers and agricultural workers gave thanks to the pagan gods after all their crops had been successfully harvested every autumn, ensuring food for the rural community for the months ahead.

Travelling groups of labourers sought employment from farms at the start of the summer season and ended the crop-picking season with a big feast for everyone, known as the harvest supper. This tradition continued over the centuries, but the first official Harvest Festival in Britain wasn't recorded in the history books until 1843, when Rev Robert Hawker, of Morwenstow, Cornwall, invited local parishioners into his home to receive the Sacrament in "the bread of the new corn".

By the late 19th century, the annual harvest was a popular event in the rural community. A "Lord of the Harvest" was appointed, a respected local man who was tasked with organising labourers to gather the crops, negotiating their pay with the landowner.

The last sheaves of corn to be harvested were historically of particular significance. It was believed the Corn Spirit, a descendent of Ceres, the Roman goddess of grain, lived within them. They were known by a variety of names, including The Mare and The Maiden. Once scythed, they were made into a symbolic corn doll.

Just like in ancient times, the end of the crop-gathering was marked with a harvest supper, when the workers feasted on the food harvested from the land. Traditionally, they would dine on goose with a selection of vegetables, followed by pudding and accompanied by ale.

The Lord of the Harvest had the most prestigious seat at the head of the table. Tradition decreed that before they could dine, he would take the very last sheaf of corn to the landowner to symbolically show that the harvest had been gathered in.

How long does the harvest season last?

Harvest normally lasts about five to seven weeks, depending on Mother Nature, the weather and everything going as planned. After picking all the crops grown on the land, the produce then has to be transported to the farm for storage or is sold on to customers.

The harvest can last a lot longer if it has been a good year in terms of the number of crops. Although it's hard work, the farmer would rather have a long and arduous harvest season, instead of a short one, as this would mean yields were low.

How does British agriculture work during harvest season?

The golden age of the harvest was generally recognised as the late 19th century, when all the work was done manually, and everyone pitched in to help. The season fostered a real sense of community.

Today's harvest season is different from years gone by, as a result of the growth in machinery and technology, although there's still a degree of manual labour involved.

The use of agricultural machinery to complete the harvest has greatly increased farmworkers' productivity. Powered machinery has taken over many farm jobs once carried out by manual workers and by working animals such as horses, mules and oxen.

While the horse-drawn plough would carry out the harvest in years gone by, the ongoing integration of machinery since the Industrial Revolution has made farming less labour-intensive. The use of combine harvesters, tractors, trucks and other mechanised farm machinery has increased yields and reduced the harvest period in recent times.

How is the Harvest Festival celebrated today?

In the UK, the Harvest Festival is an important part of the Christian calendar, with giving to the poor a primary factor. Churches are decorated with baskets of fruit and other food that parishioners have donated. Special services are held to thank God for our food.

Schools also hold Harvest Festival services for pupils, who take in food donations. People are encouraged to share their good fortune with others who are less fortunate. The food on display in the churches and schools is made into food parcels after the service and given to the needy.

The famous hymn, We Plough the Fields and Scatter, is traditionally associated with the harvest, as its lyrics thank God for our crops.

Known for its opening line, "We plough the fields and scatter the good seed on the land," it was written by the 18th-century German poet, Matthias Claudius, in 1777 and became his most famous work.

Translated from German into English, it became a popular hymn in Britain, although its original 17 verses were cut down to its current three over the years.

Will Covid-19 have an impact on this year’s harvest?

Sadly, 2020 has been an extremely tough year for farmers, due to the Covid-19 pandemic. The United Nations' Food and Agriculture Organisation says there are particular challenges facing the rural communities this year.

Planting has been affected by the limited market access and reduced incomes, while harvesting is likely to be disrupted by a lack of seasonal labour and reduced transport to markets due to movement restrictions. The general downturn in the global economy will also lead to lower prices for crops.

The organisation's report recognises this is a critical time of year for farmers, as the harvest can't be put on hold due to coronavirus. Its Global Covid-19 Humanitarian Response Plan is being continually updated to try and offer assistance to the millions of people worldwide who rely on agriculture for their livelihood.